For press release, press kit, poster and photos click above. 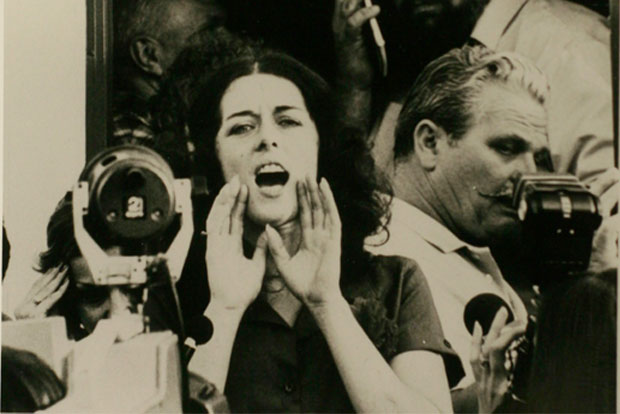 Rarely do environmental-themed films come with the ambitious scope of ‘A Fierce Green Fire: The Battle for a Living Planet’…which aims at nothing less than the history of environmentalism itself.Mark Olsen, Los Angeles Times

The material is vast and it’s an incredibly dynamic film. It’s shaping up to be the documentary of record on the environmental movement. I think it’ll be hugely successful.Cara Mertes, Director, Sundance Institute Documentary Film Program

While it sounds like a tall order to encompass more than half a century of environmental activism history in one film, Kitchell somehow manages to do so in a way that feels comprehensive and vibrant enough to inspire new converts.Basil Tsiokos, what (not) to doc

Brilliant. Should be assigned viewing for all of us, especially those political leaders currently manning the helm of spaceship earth.Jay Meehan, Park City Record

Ardently passionate and naturally provocative, the eco-chronicle A Fierce Green Fire has the informality of an Occupy encampment, the militancy of anti-whaler Paul Watson and a genuine sense of historyPaul Anderson, Variety

A visually stunning survey of the environmental movement, from early battles to save American wilderness to international campaigns to save the health of human societies and the biosphere. Broad in scope and fast moving, A Fierce Green Fire introduces many of the leaders (both famous and little-known) who have shaped the struggle. This film is worthy of admiration, and has obviously been a major effort by the filmmakers. It will inspire the next generation of activistsDr. Richard Tucker, Professor of Natural Resources and Environment, University of Michigan and author of Insatiable Appetite: The United States and Ecological Degradation of the Tropical World